Wisdom of the Ancients is happy to present

POWERFUL HEALING FROM THE CENTRAL SUN 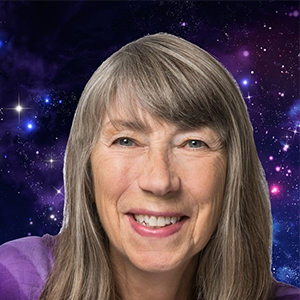 Dr. Jean Logan shares on the power and effectiveness of the Healing Glyphs she has been guided to create with the assistance of the Angelic Realm and beyond. We will discuss how people can have the healing power they need for their family and pets when they want it in the privacy of their own home on their schedule. We will be talking about what glyphs are and how to use them. Opportunity for questions will be available.

A Trilogy of Powerful Healing Manuals

Unlocking the Power of Glyphs

One of the most unusual books ever written. It is a collection of remarkable small drawings called glyphs with Divinely guided programming statements, empowered by the company of heaven with prayers, intentions and blessings to have a strong healing effect on the body. A number of the glyphs are capable of drawing out different negative emotions that hold people back from achieving their goals, while other can transmute toxic matter from the body to Light. Other glyphs can transmute pathogens, heal damaged nerve bundles, and speed the healing of damaged tissue.

Symbols of the Dawn

Recommended Use of MU'S Cosmogonic Diagram Glyph This glyph has a powerful ability to heal viral illnesses and more with exception of karmic issues or negating vibrations.

The Sacred Symbols of Mu

A complementary collection of symbols and story written by Col. James Churchward about the ancient civilization of Mu, a continent that existed in the Pacific thousands of years ago.

POWERFUL HEALING FROM THE CENTRAL SUN

Offered on WOTA for

(2 payments only available via credit card, not PayPal)

Includes everything in Option 1

The glyphs are like computer programs. The programming statements are texts that were originally used in the creation of the glyphs. These were packaged together to assist healers and persons who workshop the glyphs to provide them with additional information in their work. There were many modifications made during the creation of the Holy Ground Farm Glyph Gallery so there may be some differences in the programming statements and the books.

With a degree in nutrition, years of experience in spiritual counseling, this gives you an opportunity for assistance in a wide range of subjects.

POWERFUL HEALING FROM THE CENTRAL SUN PLUS PRIVATE SESSION

Offered on WOTA for

(2 payments only available via credit card, not PayPal)

WHAT OTHERS ARE SAYING ABOUT JEAN

“ The glyph No. 68 for my father who is in the early stages of Alzheimer's Disease and his condition improved remarkably in a short time. It is really great what we are experiencing with my father. He feels the energy, he believes in strongly and he asks me to put on the glyph before he goes to bed. ”

“ When I dowse to see what glyph to use - which is the only way I choose glyphs - and I am told to wear the abundance glyph, marvelous events occur. New clients, new opportunities, and my husband got a raise and his company said that they weren't giving out raises this year again (it has been 3 years since anyone has received a raise.) We live totally in the mindset of abundance so that to my mind isn't an issue for us, but it has really been fun to have these new channels emerge. I have had a very profound "glyph moment" using the cellular repair glyph. I had a clearing of sadness and grief through the use of this glyph. I think that it is through the encoding of healing the affliction, that cleared this for me. I have been carrying this for ten years now, and I know it is gone. Thank you so much! ”

“ I recently noticed a lump in my left breast. I put half of the page (eight of the glyphs) of the Malignancy Glyph, #69, from Sacred Symbols of Light in a soft cotton bra overnight and I could feel the energy working on the breast and then under my left arm. I did this for two or three nights. (I did not notice anything happen when I used it on my right breast.) The lump is now gone and I do not notice anything when I use the glyphs again. For those who have Book II I suggest that women might use this on their breasts for a general health measure. This glyph can be very useful in resolving early malignancies. ”

Homer Healed of Seizures and Tremors

“ Homer, a 75 pound pit-bull/boxer mix began exhibiting seizures in February 2018 (at 2 years old). We brought home the seizure medication the vet recommended but we were afraid to give it to him because of the liver damage it promised. I reached out to Dr. Jean as I had read about the use of healing glyphes for a dog experiencing seizures. During a phone consultation on July 2nd Dr. Jean stressed the importance of exercise, quality grain food and alternative holistic medicine for heartworm. Along with the application of Glyphs (I decided to use a teddy bear as surrogate). We increased Homer's walks and continued to provide him his supplements of fishoil and cbd oil. I am grateful and happy to share that it has now been 8 weeks to date, the longest ever, Homer has been seizure free! ”

“ My sister mentioned in a phone conversation that she had seen a podiatrist because of pain on her right foot and was naturally concenrned about it. She was scheduled for an MRI to determine how to proceed. I told her that I would send her healing. I applied the malignant tumor glyph on the right foot on a surrogate teddy bear immediately after our call. I never spoke to her about the healing glyphs ever. About a month later, we spoke again... she mentioned she had gone for her follow up... for the MRI and the doctor was perplexed that the mass had decreased by half and her pain had decreased significantly! I asked her what she had done differently and said, "nothing". She had actually been working more. She said she was going for another follow up that very next day after we spoke. She called me the next day to say that the doctor declared the mass completely dissolved. The healing glyph did its work! We are so grateful! ”

“ My 78 year old father had a collapsed lung during a recent hospital visit this past November. Just 43 hours after his lung collapsed and about 38 hours of aving applied the glyph on a surrogate, his lung inflated. The right image was the initial ultrasound on 11/26/2018 at 8:49 p.m. and the left image was the final ultrasound on 11/28/2018 3:10 p.m. One of the residents came rushing in the ICU and showed us that my father's collapsed lung had resolved and NO SURGERY was to take place. ”

“ I was recently diagnosed with Cervical Stenosisand told there was no alternative but fusion surgery. Dr. Logan put a glyph for my neck on a surrogate. I went in several weeks later for a second opinion to a Neurosurgeon and he stated my Stenosis was moderate but did not need surgery. My neck continues to improve and I rarely have a bad day. I believe in divine intervention and the use of empowered glyphs. I highly recommend you keep an open mind and give it a chance, you will be shocked at the results. ”

“ My daughters dog passed away a few months earlier and their family made the decision to bring a new puppy into their lives. We sent glyphs via distance to their soon to be puppy so he was receiving these before he was born. When he came into our lives (brown lab) he would literally eat the glyphs... (now) he gathers them and lays on the glyphs, he must feel the love! Last year I had photo blankets made for each of my children but is Mom doesn't get to use hers. Her blanket is covered with glyphs, and Coco just takes it over. Thank you for continuing to create glyphs for the world. We absolutely love them! ”

“ Two years ago I spent ten days in the Cardiac Care Unit of my local hospital. Since then I occasionally have a rapid heart beat and labored breathing. I was having one such episode that really frightened me. Since I am not one to rush into anything having to do with conventional medicine I reached for the "Heart Healing and Support" glyph in book II. I placed the glyph over my heart, chanted the affirmation, and said some additional prayers to my guides. Fifteen minutes later I stood up feeling better than I had in weeks. I have not had an episode since. Thank you Jean, for making this glyphs available to everyone, and more your beautiful relationship with Spirit. ”

Dr.Jean Logan is an Earth Ambassador, an ordained minister, has a doctorate in Nutritional Healing and has an extensive knowledge of many types of energy healing. As a conscious channel, Jean receives a language of Light in the form of glyphs that are amazing powerhouses that can transform health, life and well-being. She is the author of Unlocking the Power of Glyphs, Sacred Symbols of Light, Symbols of the Dawn, and Sacred Symbols Healing Cards. Her books are now in over 90 countries with profits going to provide services to indigenous children.

IMPORTANT MEDICAL DISCLAIMER: The information on this site is NOT INTENDED or IMPLIED to be a substitute for professional medical advice, diagnosis or treatment. All content, including text, graphics, images and information, contained on or available through this web site is for general information purposes only. Please see a medical professional if you need help with depression, illness, or have any concerns whatsoever. WE DO NOT OFFER MEDICAL ADVICE, COURSE OF TREATMENT, DIAGNOSIS OR ANY OTHER OPINION on your conditions or treatment options. SERVICES OR PRODUCTS THAT YOU OBTAIN THROUGH THIS WEB SITE are for information purposes only and not offered as medical or psychological advice, guidance or treatment. You may or may not experience anything from sessions, the services provided by teachers, speakers and guests. Please consult a medical professional if you are experiencing illness, depression, anxiety, mood swings or any concerns whatsoever. These statements have not been evaluated by the Food and Drug Administration. These products are not intended to diagnose, treat, cure or prevent any disease.

REFUND POLICY: We believe in Energy Exchange, and want you to find the program that offers you the energetic value you were expecting. If the program is not what you were expecting, we invite you to contact us within 30 days of your original purchase for a refund. Please note, refunds are not available after any private or personal sessions have taken place, or after any physical items have shipped. To honor our guest speakers, only one refund per customer is allowed in a 90 day period. Thank you for your understanding. PLEASE NOTE: If a Speaker has a specific refund policy that is different from Our Every Action/Wisdom's policy, and the speaker refund policy is noted on the offer page, then the speaker refund policy will prevail. If a speaker's policy is "No Refunds", we do honor that, and will not be able to issue refunds after purchase.