Wisdom of the Ancients is happy to present 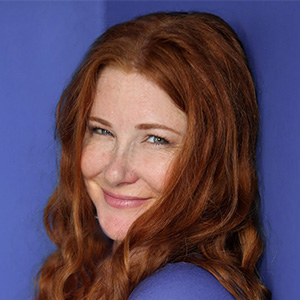 StarSeed To StarBlossom- A program designed for StarSeeds, lightworkers, and Wayshowers. To activate you, ignite you and open your channels to your divine multi-dimensional support team, so you confidently SHARE, SHINE and BLOSSOM as we build the NEW EARTH TOGETHER.

It’s time to BLOOM, It’s time to Rise and Shine. This is Our time.. This is why we are here. We are the light brigade, here to take back the Earth from the darkness.

The seeds have been planted within us, we have been feeding them ,nurturing them, awakening them, and now It is Time to BLOOM…. To Plant our ideas, new frequencies, divine energies and stand strong, Sovereign and in our light . Part of our mission is to fully Bloom in our greatest expression of Light, and as we each Blossom open and shine our essence, we inspire and give permission for others to BLOSSOM OPEN.

We are not alone, We have much support, each of you is backed by your galactic team, Your Star planet of Origen and SOURCE I AM.

What must we do at this time?

How do we Stand strong in our light, our sovereignty…

ARE YOU READY TO BLOSSOM?

ARE YOU READY TO OPEN COMMUNICATION AND CONNECTION WITH YOUR STAR FAMILY, Your PLANET OF ORIGiN ?

Do you feel and know you came here to be part of something?

Do you feel the call, to BE ALL OF YOU

What would it be like to BE ALL YOU CAME TO BE?

We Create with our words, thoughts and feelings. What is the frequency you are emanating and broadcasting?

How can you be in Alignment and Broadcast what you came here to OFFER?

ARE YOU READY TO BLOOM? Do you sense the urgency of this time?

Your purpose is needed now more than ever. The big shift is occuring. The portal is open. The higher dimensions are calling. Go inward. Heal anything else that still needs healing during this time of isolation. It's time to take action. We need your voice. We need your truth. We need you to uphold and uplift the frequency of the planet. You've been training for this all your life. This what we've been waiting for. This is why we came. It's time for the uprising of love & light! I love you. I believe in you. All of Creation is cheering us on. You are divinely held & protected. Get your light & love into the world.

- with intention to fully Bloom and release the codes, magic within you ….. get anchored in the 5-13th dimensional energies - Working with the Galactic team and Source we will Activate you, and release what is blocking you from BLOOMING NOW. Powerful 60 min Live Transmission and Activation

A New Healing Modality from the Arcturians Channeled in 2018

“ You are energetic beings, and energy is as physical as a chair or a table. Energy occupies space. So when you clear energy, you make room for new, better-feeling, higher vibrational energies to come in and take the place of what you have cleared. It's very simple, and if you remember this principle, then every time you run into some negative emotion, you can see it as an opportunity. You are clearing that space out in the same way that you would clear out a closet space or a garage. You now have more space, more room to put what you want in there, and that's exciting. ”

- with intention to fully Bloom and release the codes, magic within you ….. get anchored in the 5-13th dimensional energies - Working with the Galactic team and Source we will Activate you, and release what is blocking you from BLOOMING NOW. Powerful 60 min Live Transmission and Activation

- connect with your team, get messages downloads and receive fully the love and support and frequencies of light

Journey back to earth with the support, energy and love and CREATE.

You will be guided HOME, to receive and connect and receive downloads from your Home team.

Guided mp3 you can listen to again and again to meet and connect and receive the support of your STAR FAMILY and SOURCE, as you listen and download the divine inspiration you came here to SHARE.

( 2 payments only available via credit card, not PayPal )

Includes everything in Package A and B

Includes a private session to activate and reveal and BLOOM, connect to your Spirit team and home planet, bathe in the rainbow frequencies, clear any dense energies, and receive downloads, messages, you may also bring any questions you have for your spirit team.

Session is over phone or Skype if international and recorded for you.

BONUS ( included in all Packages )

Your word is magic, You are a divine Creator… decrees and word spells to be the creator you are .

STARSEED DECREE is written word for you to DECREE, and consciously use your words to CALL forth , Your FULL BLOSSOMING, YOUR AWAKENING, and YOUR DIVINE PROTECTION Written form and Mp3 to listen and rewire your subconscious
Value $88

Your word is magic, You are a divine Creator… decrees and word spells to be the creator you are.
Value $88

( 2 payments only available via credit card, not PayPal )

WHAT OTHERS ARE SAYING ABOUT EMUNAH

Thank you so much for the session on Tuesday. I must say I have felt a tremendous shift. On Wednesday I was just so "in my own boat" so to speak. No paranoia, no anxiety, just appreciation for where I was and what I was doing. I had a dream on Tuesday night that I was in jail, and adding up on a blackboard what they were supposed to pay me for the month, and the last scene in the dream was me visiting an inmate and saying "you know I was released yesterday'! The jail has definitely been of my own making - and how much was I willing to "pay" to be there. Now I have set myself free.

Thank you so much, ”
~ Catherine, Retired Teacher

Thanks so very much for the ETR yesterday evening!
Very powerful process and simple too!
So far, I have noticed things that I haven't thought about in 30 plus years coming into my consciousness...to be glanced at and released. Doing so with so much love and appreciation for the lessons I have learned from those interactions.
You are the bomb my dear friend! ”

I wanted to give you some feedback on what’s been occurring for me since the ETR.
I will have vivid dreams once in awhile. Usually when I do I will have them sometimes 2-3 nights in a row.
I have had vivid dreams every night since the ETR, which now makes it 4 nights in a row.
I do feel it’s my subconscious working things out as well as I am receiving some messages along with it. ”

The power of the Release of old energies

I am releasing a lot! I am surprised as to what is coming up for release! A few days ago, memories even surfaced from when I was in High School. That would be from about 45 years ago, but was as clear as yesterday! They caught me totally off guard. Nothing traumatic, but obviously some emotion or belief which needed to be released. So I just observed and let it go. Also, A LOT of stuff coming up with my sons and their wives, but I was expecting that. Thanks so much! Lots of love! ”

“ My dog Olive was really sick, struggling, not being herself. I had Emunah do an Energy Transfer Reset and instantly Olive returned to her true playful self, in minutes. Whatever was inflicting her was lifted, and I got my Olive back. ”

Emunah Malinovitz is a natural born healer, a Starseed, a midwife for your Awakening process. She has been a healer, teacher and clairvoyant (intuitive) all her life. She is here to help you transmute old energies, fulfill your purpose and create the life you truly desire. She has healed herself of many conditions using the modalities she'll be sharing about today. She's been witness, as she's held space, of countless others healing from many distinct issues as well, and it is her purpose to Help those who are ready to fully AWAKEN. She works with Source energy and your higher self, as well as the Arcturians, Pleiadians, & Sirians to help with the Ascension Process. The time is now to Awaken and Emunah and her team are committed to helping those that are ready to shift into their full power, and radiate their true divine essence and Sovereignty.

IMPORTANT MEDICAL DISCLAIMER: The information on this site is NOT INTENDED or IMPLIED to be a substitute for professional medical advice, diagnosis or treatment. All content, including text, graphics, images and information, contained on or available through this web site is for general information purposes only. Please see a medical professional if you need help with depression, illness, or have any concerns whatsoever. WE DO NOT OFFER MEDICAL ADVICE, COURSE OF TREATMENT, DIAGNOSIS OR ANY OTHER OPINION on your conditions or treatment options. SERVICES OR PRODUCTS THAT YOU OBTAIN THROUGH THIS WEB SITE are for information purposes only and not offered as medical or psychological advice, guidance or treatment. You may or may not experience anything from sessions, the services provided by teachers, speakers and guests. Please consult a medical professional if you are experiencing illness, depression, anxiety, mood swings or any concerns whatsoever. These statements have not been evaluated by the Food and Drug Administration. These products are not intended to diagnose, treat, cure or prevent any disease.

REFUND POLICY: We believe in Energy Exchange, and want you to find the program that offers you the energetic value you were expecting. If the program is not what you were expecting, we invite you to contact us within 30 days of your original purchase for a refund. Please note, refunds are not available after any private or personal sessions have taken place, or after any physical items have shipped. To honor our guest speakers, only one refund per customer is allowed in a 90 day period. Thank you for your understanding. PLEASE NOTE: If a Speaker has a specific refund policy that is different from Our Every Action/Wisdom's policy, and the speaker refund policy is noted on the offer page, then the speaker refund policy will prevail. If a speaker's policy is "No Refunds", we do honor that, and will not be able to issue refunds after purchase.